The Cheltenham Festival is increasingly becoming a major betting event, even outside of the UK and Ireland where it remains the premier horse racing festival. Wagering on the 28 races is expected to once again exceed $AUS 300 million, enough to put it in the same league as the Melbourne Cup or Kentucky Derby.

The Festival (13th-16th March) has gone from strength to strength in recent years, now comprising of 28 races, half of which are Grade 1 races. The highlights include the Champion Hurdle, Queen Mother Champion Chase, Stayers’ (World) Hurdle and Cheltenham Gold Cup. 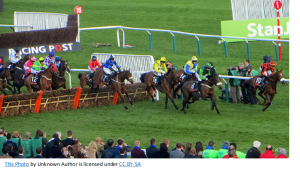 Altior:
Altior has now won 12 races in succession, taking in the Arkle and the Supreme Novices Hurdle in that run. He is set to take on the Queen Mother Champion Chase this year and, while that would not be in the same vein as winning the Cox Plate, Melbourne Cup and Caulfield Guineas, it would be nevertheless quite a hat-trick for Nicky Henderson’s star horse. He is currently available at 8/11 (1.72) to win the Champion Chase, but punters should beware of the talents of Min (9/4, 3.25) and, possibly, Douvan (9/2, 5.50) in the race.

Might Bite:
The horse that has dominated all the betting chatter about potential Gold Cup winners. Might Bite won the King George VI Chase in December and looks primed to make it a special double with victory in the Gold Cup on the last day of the Festival. Worth around $AUS 1,000,000 in prize money, the Gold Cup is the most valuable non-handicap chase in the UK. It is notoriously tough to win too. While Might Bite has been given early odds of 4/1 (5.00), he should face some very stiff opposition from last year’s winner Sizing John, as well as the likes of Native River, Road to Respect and Killultagh Vic. 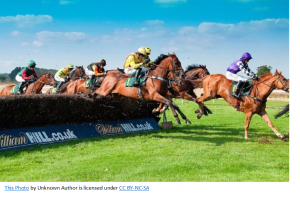